How are bitcoins created?

How are bitcoins created?

New bitcoins are generated by a competitive and decentralized process called “mining”. This process involves individuals that are rewarded by the network for their services. Bitcoin miners are processing transactions and securing the network using specialized hardware and are collecting new bitcoins in exchange.

The Bitcoin protocol is designed in such a way that new bitcoins are created at a fixed rate. This makes Bitcoin mining a very competitive business. When more miners join the network, it becomes increasingly difficult to make a profit and miners must seek efficiency to cut their operating costs. No central authority or developer has any power to control or manipulate the system to increase their profits. Every Bitcoin node in the world will reject anything that does not comply with the rules it expects the system to follow.

Bitcoins are created at a decreasing and predictable rate. The number of new bitcoins created each year is automatically halved over time until bitcoin issuance halts completely with a total of 21 million bitcoins in existence. At this point, Bitcoin miners will probably be supported exclusively by numerous small transaction fees. 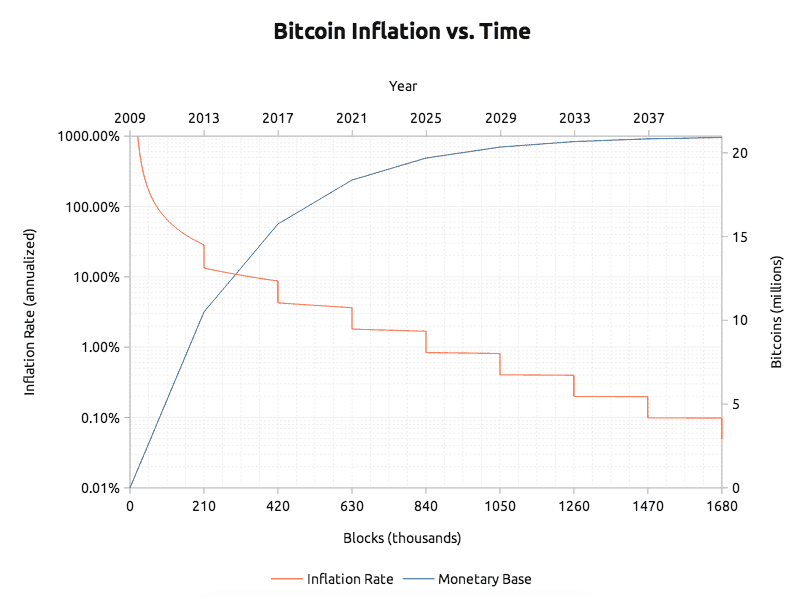