Bitcoin is the first implementation of a concept called crypto-currency”, which was first described in 1998 by Wei Dai on the cypherpunks mailing list, suggesting the idea of a new form of money that uses cryptography to control its creation and transactions, rather than a central authority. The first Bitcoin specification and proof of concept was published in 2009 in a cryptography mailing list by Satoshi Nakamoto. Satoshi left the project in late 2010 without revealing much about himself. The community has since grown exponentially with many developers working on Bitcoin. 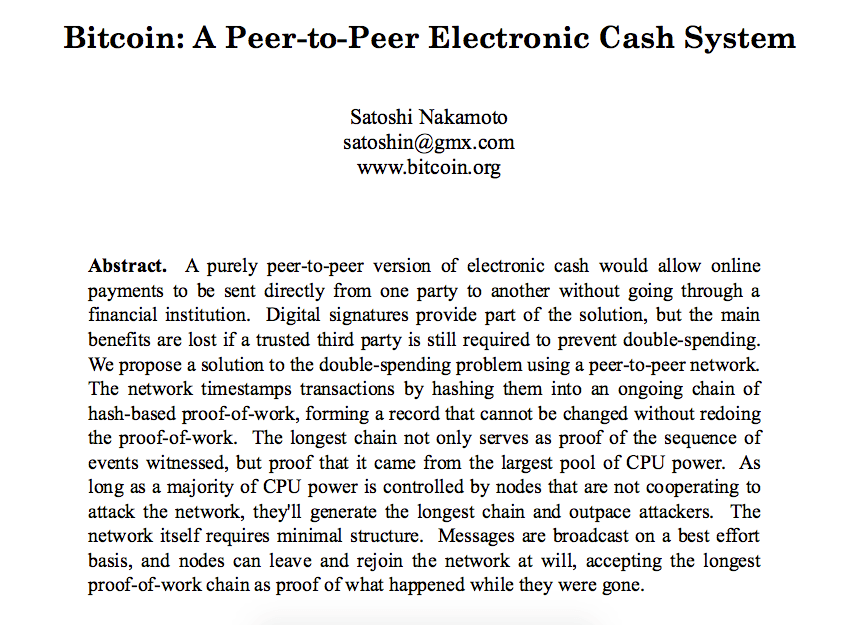 Satoshi’s anonymity often raised unjustified concerns, many of which are linked to misunderstanding of the open-source nature of Bitcoin. The Bitcoin protocol and software are published openly and any developer around the world can review the code or make their own modified version of the Bitcoin software. Just like current developers, Satoshi’s influence was limited to the changes he made being adopted by others and therefore he did not control Bitcoin. As such, the identity of Bitcoin’s inventor is probably as relevant today as the identity of the person who invented paper.

Who controls the Bitcoin network?

Nobody owns the Bitcoin network much like no one owns the technology behind email. Bitcoin is controlled by all Bitcoin users around the world. While developers are improving the software, they can’t force a change in the Bitcoin protocol because all users are free to choose what software and version they use. In order to stay compatible with each other, all users need to use software complying with the same rules. Bitcoin can only work correctly with a complete consensus among all users. Therefore, all users and developers have a strong incentive to protect this consensus.